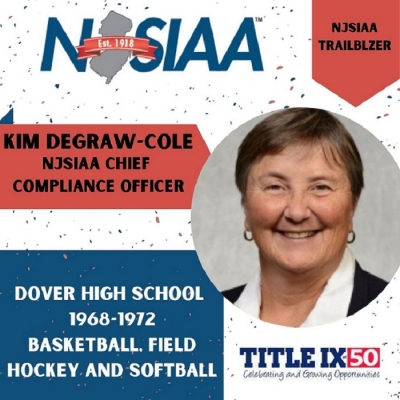 Kim DeGraw-Cole was one of the first athletes to benefit from Title IX, first at Dover HS and then at Rutgers. She began at Southern Regional as a teacher and coach in 1976, and became the first female AD in the Shore Conf. in 1984.  She joined the NJSIAA staff in 2010.